Yay! We just started the new Relm blog, so check back for regular updates.

Here are the most recent updates from this week:

(Thanks to our Lead Developer, and Founder Duane Johnson!)

ANNOUNCE: New Release
– NEW: Clicking on an already selected object will unselect it
– NEW: Portals can now be selected, deleted, moved
– NEW: You can now use /object clone to clone a selected object (including portals)
– CHANGED: Zoom now affects the video bubble size, so you can zoom in to your conversation
– CHANGED: Mouse clicks (and hover) are now more accurate, based on raycasting instead of approximate “nearest point”
– CHANGED: No more hover color (clicking is accurate enough that you don’t need to see annoying half-yellow state)
– FIXED: You can now click on things in the sky / halfway through the ground
– FIXED: Mouse wheel on Chrome+Windows platform now zooms more smoothly

ANNOUNCE: New Release
– NEW: You can now add “x” and “z” url parameters to any Relm link and the character will be sent to that particular coordinate in a relm. Example: https://relm.us/relm?x=0&y=0 (sends someone to the center 0,0 coords of the default relm)
– CHANGED: New 2D objects now default to the “up” orientation rather than flat “down”
– CHANGED: The /link command has been changed to the /portal command

ANNOUNCE: New Release
– NEW: You can stand objects up on the left or right, e.g. /obj left and /obj right
– CHANGED: Camera now focuses on character’s head. Zoom is affected most by this: on screens that are vertically short, you can now still see your video bubble
– CHANGED: Vignette effect is now white, in the distance

ANNOUNCE: New Release
– NEW: There is now a /zoomrange max command that lets you zoom in and out farther than the default zoom range. /zoomrange default will set it back to normal.
– CHANGED: The “Help” button instructions are now a little more detailed.

ANNOUNCE: New Release
– NEW: You can now upload 3D objects! GLBs and GLTFs are accepted. Currently, you can move & delete 3D objects, but not scale or rotate. 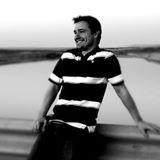 Relm is an open source gameworld for teamwork and community building.